The Saudi Fund for Development (SFD) has inaugurated two new development projects in the water and housing sector and laid the foundation stone for a project in the transportation sector in Djibouti, with a total amount of US$ 137 million dollars.

During an official visit to the East African nation, Saudi Fund for Development CEO, Sultan bin Abdulrahman Al-Marshad, met with the President of the Republic of Djibouti, H.E. Ismail Omar Guelleh to discuss the projects financed by SFD for economic and social development worth US$ 305 million since 1982.

As part of the visit Mr. Sultan bin Abdulrahman Al-Marshad and the Prime Minister of Djibouti, Mr. Abdoulkader Kamil Mohamed, inaugurated a new project to supply clean drinking water to 45,000 people in the coastal Province of Obock. Funded with a grant of US$ 10 million provided by Saudi Arabia through the SFD, it will involve the construction of 105km of water pipes and eight water tanks to pump clean water from the Bissidiro region.

SFD CEO and Prime Minister also laid a foundation stone to upgrade 60km of the Djibouti-Galafi arterial road, which was originally funded by Saudi Arabia through the SFD, with US$ 120 million. The road provides a vital economic and trading link with its neighbor countries.

Al-Marshad further inaugurated the construction of 120 housing unit project with H.E. Mrs Amina Abdi Aden, Minister of Cities, Urban Planning and Housing. The project was funded with a grant of US$ 7 million from the Saudi government, provided through the SFD.

Prime Minister of Djibouti thanked the Kingdom of Saudi Arabia and SFD for its commitment to sustainable infrastructure projects in Djibouti and for its continued friendship over the past four decades. He acknowledged that the provided investment made a crucial contribution to economic development and growth and brought important social benefits which led into increased prosperity and stability.

Speaking on the occasion, SFD CEO, said Saudi Arabia is proud of its close ties with Djibouti, “The Saudi Fund for Development has an established track record in supporting sustainable economic and social initiatives in developing nations. We are pleased to provide ongoing socio-economic support to our brothers in Djibouti in line with UN Sustainability Development Goals.” 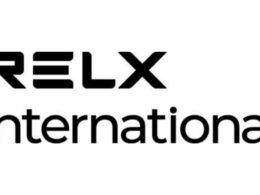 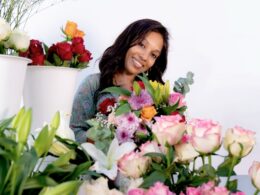 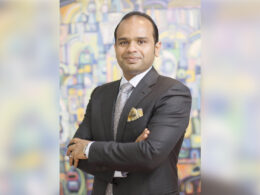 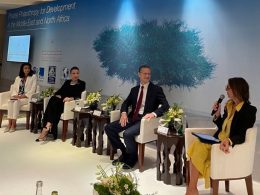 Data and Dialogue Key Drivers of Philanthropic Impact across MENA