AN INVESTIGATION HAS BEEN SOUGHT AGAINST MEHMET TATLICI’S LAWYER IN THE DISPUTE THAT CAME TO THE FOREFRONT WITH INTERNATIONAL FRAUD ALLEGATIONS.

Istanbul, Turkey, 5 May 2022 – Turkey’s biggest inheritance lawsuit between family members regarding the distribution of the huge wealth of deceased businessperson Salih Tatlici continues unabated. An investigation has been sought on the allegation that Mehmet Tatlici’s Florida lawyer, Jeremy D. Friedman, filed shadow lawsuits against Ugur Tatlici and illegally gathered private information and evidence without notice.

Mehmet Salih Tatlici, who became one of the wealthiest people in the world in the 1980s and passed away in England in 2009, left behind an estate that is subject to more than a hundred lawsuits.

Jeremy D. Friedman, Mehmet Tatlici’s lawyer in Florida, US, is stated to be falsely declared to the Florida courts that he did not know Ugur Tatlici’s address for notification of the lawsuit, thus misleading the Florida court by asking for more time to serve the court papers.

In the lawsuit the lawyer initiated and conducted without informing Ugur Tatlici, Florida Attorney Jeremy D. Friedman is alleged to be fishing for information and documents -using the courts- against Ugur Tatlici without him being aware.

It is also amongst the records that Ugur Tatlici, whom Attorney Jeremy D. Friedman has requested information and documents clandestinely against him from all over the United States, from California to Delaware, had the right to object to the information and document requested, but because Ugur Tatlici was never informed of the lawsuits and proceedings due to the misleading of the courts, his right to defend himself was frustrated.
Attorney Jeremy D. Friedman, who has personally brought a lawsuit against Ugur Tatlici by becoming a party, is alleged to be violating the rules of professional conduct by instigating a conflict between his client Mehmet Tatlici and his own interests.

Sawed off the branch he was sitting on

Attorney Jeremy D. Friedman of Downs Law Group demanded an extension of time, stating to the Court that he had to comply with an international treaty, the Hague Convention, for the notification, according to the Miami court public records.

Friedman later sent the court papers to Ugur Tatlici’s address and after the service was received by Ugur, he tried to withdraw the service by declaring to the Miami court that he could not comply with the Hague Convention due to a problem, the records reveal.

Among the allegations made in the Tatlici’s lawsuit is that Jeremy D. Friedman, Mehmet Tatlici’s lawyer, tried to cancel the service of court papers that he himself sent Ugur Tatlici’s address, and claimed that his own service was invalid, and Ugur’s lawyers greeted this with astonishment.

The address to which Ugur Tatlici was notified was already alleged to be known by Attorney Jeremy D. Friedman and Mehmet Tatlici for years, but they had to make the service so that the case in Miami would not be dismissed.

Ugur Tatlici’s lawyers, on the other hand, state that the underlying reason behind Mehmet Tatlici’s Florida Attorney, Jeremy D. Friedman, tried to cancel this notification he successfully made in compliance with International Treaties with his own signature is to prevent Ugur Tatlici from participating in the lawsuit and defending himself.

Ugur Tatlici’s lawyers argue that the goal of a plaintiff should be to serve the case and thus ensure that the trial is conducted in accordance with the rules; Attorney Jeremy D. Friedman’s attempt to cancel the service, which he signed with his own signature, after the notification reaches the Defendant, is not in line with ordinary course of life.

Claims of falsified documents caused a stir!
The name of Ugur Tatlici came to the fore last year with the news that 740-million dollars judgment was entered against him in Florida, United States , despite him not setting foot to the United States for more than 10 years.

A news reported by Ihlas News Agency (IHA), one of the Turkey’s leading news agencies, revealed that Ugur Tatlici did not know about the 740-million-dollar judgment entered against him in South Florida, and he became aware of the decision as a result of the injunctions placed on an asset abroad, months after the case was decided.

Ugur Tatlici’s lawyers submitted a comprehensive motion to set aside this judgment and the annulment process of the decision still continues, the Florida court public records show.

“A lawsuit was filed by Mehmet Tatlici in 2018 in Florida, United States, against one of our clients, Ugur Tatlici, and the court was misled with the allegations that Ugur Tatlici is doing business in Florida, but no proper service was made to Ugur Tatlici’s official address in Turkey in order to prevent him from being aware of the case. By this way, Ugur Tatlici was tried in his absence, and without ever him knowing, 740 million dollars award was entered against him,” Yasemin Ozer Bayar, Ugur Tatlici’s lawyer, said regarding on the subject last year.

Among the statements made in the past by Attorney Yasemin Ozer Bayar were that, despite Mehmet Tatlici referring to a 260-million-dollar project that he alleges to have and made an agreement with a Romanian Company, according to the information obtained from Romania’s National Agency for Fiscal Administration (ANAF), this Romanian company appears to be a dummy corporation with a capital of 50 US Dollars, and its number of employees and income is zero.

According to the previous interviews, there is also the claim that this alleged project exists only on paper and is impossible to realize due to the zoning regulations and other legal flaws and inconsistencies, and apart from the false statements made in the South Florida court, there is the claim that some fictitious documents were submitted to the courts by Mehmet Tatlici and his lawyers, as evidenced by expert reports.

“Trying to find where he is”

already known because of the 740-million-dollar lawsuit filed by Mehmet Tatlici’s
lawyer, Jeremy D. Friedman, a case which was tried and decided without the knowledge of Ugur Tatlici.

It is also stated that Mehmet Tatlici already knows the address required to serve court papers to Ugur Tatlici because in more than 100 cases pending before the Turkish Courts, Mehmet Tatlici has actually made hundreds of successful services to Ugur Tatlici’s address since 2009, US courts being unaware of this fact.

With the shadow lawsuits in Florida and other states in the United States, Mehmet Tatlici and his lawyer Jeremy D. Friedman are claimed to be trying to determine the physical whereabouts of Ugur Tatlici, under the disguise of “not knowing Ugur Tatlici’s address” for the notification.

Among the allegations included in the lawsuit are: Jeremy D. Friedman, Mehmet Tatlici’s lawyer, repeatedly asked to find out where Ugur Tatlici, who had been continuously threatened with death, is physically located, and that he repeated this request in many motions he filed with the Florida courts, and kept asking persistently despite all objections.

According to the statements of Ugur Tatlici’s US lawyers, Mehmet Tatlici and his attorney Jeremy D. Friedman are alleged to attempting to detect the Internet Protocol address (IP address) of Ugur Tatlici’s computer through some software and to determine his physical location.

As for the secretly filed Miami case, it is mentioned that Ugur Tatlici was not informed of the lawsuit for various reasons.

Unlawfully and for a year, Jeremy D. Friedman has allegedly tried to gather from the US and international companies’ information about Ugur Tatlici’s physical location, where he traveled in the past, where he might go next, and his worldwide assets.

In their previous statements, Ugur and Nurten Tatlici’s lawyers had stated that they were seriously concerned about the safety of their clients’ lives.

According to the news reported by Emir Somer from Daily Sabah, a photograph of
Ugur and Nurten Tatlici taken previously at the funeral with the words “he will cry
more” and “this inheritance will not help anyone” had been stabbed with a knife into the tombstone of late Mehmet Salih Tatlici.

Nurten and Ugur Tatlici sought court’s protection last year, stating that these death threats would continue as long as the inheritance cases continue, and the restraining order against Mehmet Tatlici was extended. 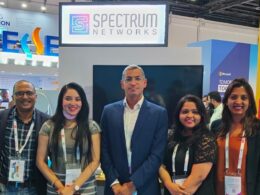 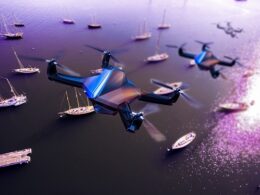 The competition will be held in Abu Dhabi, UAE, in June 2023 ASPIRE, the technology programme management pillar…
byThe UAE Daily
No comments 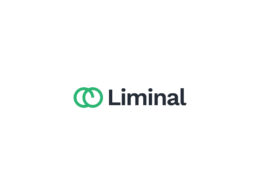 SINGAPORE–(BUSINESS WIRE/AETOSWire)– Liminal, a wallet operations infrastructure that secures digital assets in a simple and efficient way, has…
bySarjatha Shahinlal
No comments 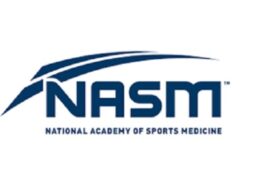