Greenhouse gases from ships are predicted to make up 17% of total global emissions by 2050 if the industry does not accelerate efforts to electrify. Port operations generate substantial amounts of air pollution—up to half of total emissions in some metro areas—and some ports now require ships to use high efficiency fuels and observe speed limits within 20 miles of shore, while others have banned the use of auxiliary diesel generators while docked.

Alsym will provide Synergy and Nissen Kaiun with 1 gigawatt of batteries per year for three years starting in the company’s first year of high-volume production, conditional on the battery systems meeting key performance levels and regulatory requirements specific to cargo ships and tankers. Alsym’s batteries may be used to propel cargo ships and tankers as they enter and leave port, power berthed ships, and support peak shaving applications at sea.

The company plans to start pilot manufacturing its non-flammable batteries for EVs, ships, and stationary storage later this year at its facility in Massachusetts, with high-volume production expected to follow in 2025.

“Zero-emission vessels are the future of maritime shipping, and we’re working with like-minded owners, including Nissen Kaiun, to decarbonize every part of the ecosystem as quickly as possible,” said Captain Rajesh Unni, Founder and CEO of Synergy Marine Group. “By lowering the cost of electrification and minimizing the risk of battery-related fire events, Alsym’s technology is well-placed to be a safer alternative that can help the shipping industry meet its goal of zero net emissions by 2050—especially in light of the European Commission’s recent proposal to classify lithium as toxic.”

By using low-cost, inherently non-flammable raw materials with robust global supply chains, Alsym’s aims to provide batteries at a fraction of the cost of lithium-based technologies, making electrification both safe and economically viable. These batteries can help reduce risks to crew and cargo, as well as lower insurance costs for fleet managers and shippers.

“Synergy Marine is on the cutting edge of technology in the maritime sector, and we’re honored to be part of their journey to work with owners in their transition away from fossil fuels,” said Mukesh Chatter, President and CEO at Alsym Energy. “By manufacturing batteries from low-cost, readily available materials that are inherently non-flammable and non-toxic, we’re providing an economically-viable way to help them decarbonize while also lowering operating expenditures and insurance costs associated with lithium and cobalt-based battery technologies.”

Alsym Energy is a leading developer of advanced low-cost, high-performance rechargeable batteries made from readily available materials that are inherently non-flammable and non-toxic, providing an economically viable alternative to lithium-based technologies. The company is focused on commercial development and mass production of batteries for use in applications including passenger electric vehicles and two-wheelers, marine shipping, and stationary energy storage to enable a zero-carbon future. To learn more, please visit www.alsym.com.

Headquartered in Singapore, Synergy’s hallmarks are its through-life approach to asset management and ability to develop custom-designed thought partnership strategies with leading owners. Spanning across a network of 25 offices in 13 countries and employing more than 18,000 seafarers, Synergy manages a fleet of over 500 vessels including the most complex LNG (including FSUs), LPG and vast 20,000+ TEU container ships, as well as oil and chemical tankers, car carriers and bulk carriers. With a strong focus on crew wellbeing, digitalization and environmentally responsible policies, Synergy is at the forefront of transforming the ship management industry. For more information visit www.synergymarinegroup.com.
View source version on businesswire.com: https://www.businesswire.com/news/home/20220720005100/en/ 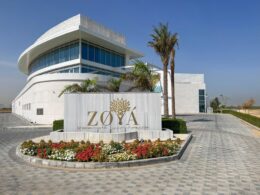 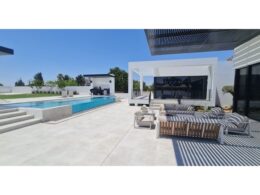 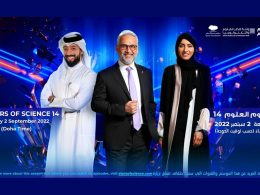 STARS OF SCIENCE RETURNS FOR SEASON 14

Doha, Qatar — Arab innovators looking to transform ideas into inventions with the guidance of experts are set…
bySarjatha Shahinlal
No comments 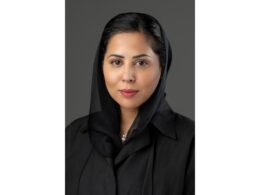