Snapchat: The Rise & Fall of the Social Media Phenomenon

Dubai, United Arab Emirates — Snapchat was the first to introduce the visionary “story” feature, which today is embedded and prevalent in the most popular social media apps, adopted by Facebook, Instagram, WhatsApp, Twitter and even Google.

Snapchat went public in 2017, closing their first day of trading up 44% at $24.48 a share. From zero to hero, and again to zero, Snapchat’s stock price today is worth a little over $14, marking a sharp drop of nearly 75% in 2022. What happened to the innovative Snapchat?
Since the start of 2022, the visionary social media chief witnessed its worst half-year yet. Several factors contributed to the collapse of Snapchat’s market value.

As Apple rolled out the App Tracking Transparency (ATT) privacy update on iOS devices, it deteriorated Snapchat’s revenue generation as advertisers were clueless regarding who views their ads and how campaigns are performing.

Also record-high inflation is to be blamed as central banks have hiked interest rates, hammering stock markets and gearing investors & traders gearing towards safe havens instead of riskier assets. And geopolitical instability induced by Russia’s invasion on Ukraine has similar effect on stock markets.
And last but not least, in the first quarter of the current fiscal year, the company fell short of Wall Street expectations in key metrics which measure performance:

The world’s 702nd most valuable company can however climb up the ranks once again. It officially introduced its paid monthly subscription plan of $3.99 a month, coined as “Snapchat+”. Launched in nine counties including the United States, France and Saudi Arabia, the paid subscription service unlocks exclusive & pre-release features, such as customizing the app’s icon and pinning a close friend as a BFF (best friend forever).

The move isn’t original, but instead followed suit as other social media giants including Twitter & Telegram also launched premium services intended to attract passionate users. According to Gulf Brokers launching Snapchat+ has the potential of bolstering the company’s revenue. 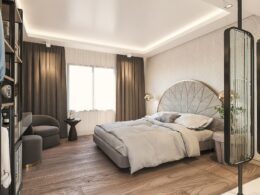 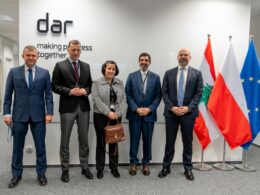 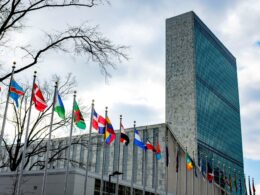 Agadir, Morocco – The Kingdom of Morocco and the United Nations marked the second edition of the International…
bySarjatha Shahinlal
No comments