Brian Roche, Chief Product Officer at Veracode, said, “Modern applications are mostly assembled, not written from scratch. Open-source code makes up a significant proportion of audited code bases—for example, 97 percent of the typical Java application is made up of open-source libraries*—increasing security risk and the need to identify supply chain risk. Our SBOM API, is designed to make it easier for developers to inventory their code base, including third-party components, allowing them to act quickly if new vulnerabilities emerge. Since the launch of our Continuous Software Security Platform in May, we have introduced additional capabilities that meet developers right where they work: in the integrated developer environment (IDE), code repository, and command line interface. These innovations are designed to drive adoption by making the platform even more developer friendly.”

Veracode’s platform supports 100+ languages and frameworks, including those for cloud-native application development and older languages used with legacy assets, like COBOL. Large enterprises have applications across myriad languages and being able to deploy a continuous security testing solution across them simplifies the process, while providing consistent results. The company’s latest State of Software Security (SoSS) 12 research analyzed the most common flaws by language and revealed that a prevalent flaw for one language may not be of any concern for another. For example, cross-site scripting (XSS) is the most common flaw for PHP, at 77 percent, but doesn’t even make the top 10 for C++*. Moreover, flaws change constantly, meaning that even if a flaw isn’t prevalent in a programming language, practitioners should still take active steps to prevent it from impacting their code. Since remediation tactics vary by flaw and programming language, having a broad array of language support in one place makes developers’ jobs easier by freeing up their time to focus on meeting tight deployment deadlines.

Frequent scanning of first- and third-party code mitigates the risk from both proprietary and open-source vulnerabilities, such as Log4j. Veracode’s new developer-centric tools and services are designed to make this a quicker and easier process, particularly with the additional capability of third-party proprietary library scanning.

Peter Evans, Engineering Director at QAD Precision GTTE, said, “Veracode brought a complete platform for us to build security tools into our development pipelines, as well as helped us grow our knowledge to keep getting better at security. Veracode was also a good fit because the platform can scan Java code in the Spring framework where we develop our software. We’ve gone from reviewing code to integrating continuous scans into our daily pipelines. Security threats don’t stand still and Veracode provides us the tools to keep up with the latest vulnerabilities and rules.”

Notable updates to the Veracode Continuous Software Security platform include:

• With government regulations driving standards for securing software supply chains, having an SBOM is increasingly important for organizations. Veracode’s SBOM API in SCA enables developers to easily generate an SBOM in CycloneDX JSON format—one of the approved formats for compliance with the U.S. Executive Order. This helps confirm the code they’re using, or building, is free from vulnerabilities.

IDE and Integrations for SCA

To make software security a seamless experience, Veracode continues to introduce integrations that meet developers where they work.

• The company is committed to keeping up with the latest language and frameworks with which developers work, adding support for Rails 7.0, Ruby 3.x, and PHP Symfony

Roche concluded, “As a pioneer of application security, we are uniquely positioned to combine unrivalled experience with the latest innovations in cloud development. Unlike on-premise vendors, our SaaS solution is both scalable and elastic, meaning customers are always prepared to meet unexpected demand. Powered by nearly two decades of cumulative data, our platform provides detailed comparative historical reviews against industry benchmarks and peers—a level of insight highly relevant for leadership teams and the board. Our platform also saves developers time by delivering highly accurate results and enabling them to find and fix vulnerabilities in minutes, meaning they can ship code quickly with the confidence that it is secure.” 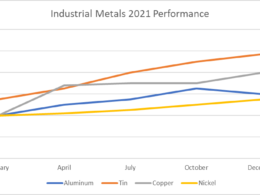 Dubai – During 2021, precious metals including gold, silver and platinum have underperformed, while industrial metals with the…
bySarjatha Shahinlal
No comments 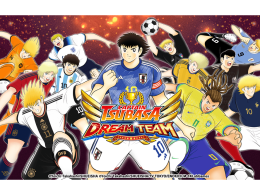 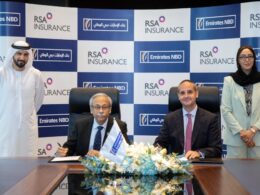 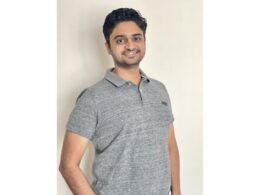 Dubai, United Arab Emirates – The MEA Smart Cities market is set to double by this year. The…
bySarjatha Shahinlal
No comments