GT USA Enabling a Turnaround of the Port of Wilmington

Wilmington, DE — October 3rd, 2022, will mark GT USA Wilmington’s (GTW) fourth year into a 50-year concession agreement managing and operating the Port of Wilmington in Delaware. To say there have been a few unforeseen challenges thrown its way is an understatement. Indeed, who could have foreseen that within months after the ceremonial handover the world would be amid a global pandemic.

Throughout the challenging times GTW diligently pursued new business through its global network and built new facilities to enhance customer services. It has ensured that cargos of fresh food and other necessities moved quickly, without disruption, onto supermarket shelves. Throughout the entire pandemic and beyond, the Port has remained fully functioning, with no delays, retaining all employees throughout.

2022 has seen a robust increase in throughput. The Port’s 2021-2022 winter fruit season was highly successful with imports of both South American and Moroccan produce rising over 140% on the previous season. Additionally, the Port of Wilmington recently received its first ever shipment of summer fruit (establishing the start of the port’s year-round fruit services.) These recent successes have contributed to the increase in bulk cargo volumes by 56%. These positive developments have been achieved by GTW’s highly productive operational and commercial abilities.

In the three years since accepting the challenge of operating the historic Port of Wilmington, GTW has incurred $251MM of operating expenses, including $202MM of direct labor costs.
The Company has relieved the State of the need to annually subsidize the publicly owned port of between $15-18 million, assumed a rise of over $56 million of operating costs implemented a few weeks after accepting the concession, paid over $10 million in royalties to the State and upgraded the port with over $88 million of investment in capital improvements and equipment. In just the first three years GTW has provided over $200 million of direct additional value to the State of Delaware by investing in long term improvements and by bearing significant legacy costs, additional pandemic related costs and an operating cost increase of running the port of over 45%. This excludes the indirect value from the businesses in the community that are benefiting from the increases in volumes through the port.

The $88MM in capital improvement and equipment to upgrade the port includes extending the cranes rails, that the large ship to shore cranes ride on, from berths 1-4 through berths 5 and 6. Port warehousing capacity now stands at over one million square feet. The yard densification program has increased yard container storage by over 85% to 600,000 TEUs. In addition, the implementation of GTW’s state-of-the-art Terminal Operating System has greatly increased efficiency, transparency and customer satisfaction.

Despite having unforeseen costs imposed upon it, GTW has made timely payments to its lenders and remains resolutely committed to Delaware.

Joe Cruise, CEO of GT USA Wilmington said “Since taking over the leadership of the operation we have focused efforts on securing additional and new business from all corners of the globe, streamlining operations and improving productivity. Increased volume of clementines from Morocco, grapes from Chile and lumber from Europe, and new products of plywood from Chile, rice from Thailand, juices from China and Turkey, glycerin from Malaysia for manufacturing hand sanitizer, along with several other products. New cargoes were sourced from GTW’s global network and are being imported through Wilmington for the first time. Stay tuned for more new cargo announcements coming soon. No stones are being left unturned. Despite our challenges, business is growing, and jobs are being created. Delaware is quickly developing a reputation as an efficient international gateway to the Northeast US, allowing for competitive local jobs to be created.” he said, adding, “We take pride on our continuous environment improvement efforts. In September 2021, we celebrated the commissioning of our five brand new zero emission electric-rubber-tired gantry cranes (e-RTGs) significantly reducing pollution and increasing efficiencies as part of our new state-of-the-art refrigerated container racking station.”

The truth of the matter is that the business landscape is quite different to the pre-Covid era, when the concession agreement was signed, and despite all challenges, GT USA Wilmington remains committed to being an integral member of Delaware’s success story. As it accelerates its development it will continue to build on Delaware’s legacy as a world class industrial and logistics hub. 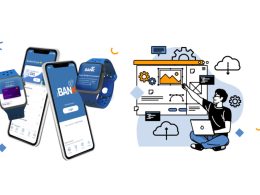 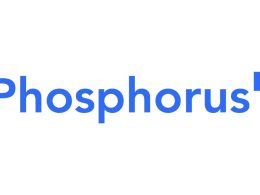 NASHVILLE, Tenn. — Phosphorus, the leading provider of advanced and full-scope security for the extended Internet of Things…
bySarjatha Shahinlal
No comments 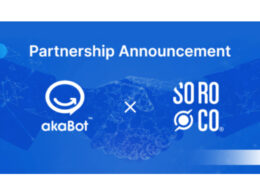