Doha, Qatar —Th e top seven innovators on Qatar Foundation’s (QF) Stars of Science Season 14 took to the stage this week to prove the feasibility of their projects – inventions that tackled a pressing challenge for communities around the world – environmental sustainability.

Hosted at QF’s tech hub, Qatar Science and Technology Park (QSTP), since its inception the show has put young minds in touch with leading environmental experts throughout the region and beyond, helping them realize their dreams and transform their ideas into reliable solutions that overcome the world’s most urgent environmental and sustainability challenges. Stars of Science (SOS) participants can develop and commercialize their projects through QSTP’s range of support services, including mentorship and incubation and funding programs.

Scientist Sumaiya Said Sulaiman Al Siyabi, from Oman, sought to fight plastic pollution plaguing the world’s oceans. Al Siyabi’s Remediation and Disposal of Micro-Plastics is a floating sphere comprised of microbial mats and nanomaterials that dissolves micro-plastics it comes into contact with. Free of harsh chemicals, the device is an effective and environmentally friendly way of cleaning up plastic garbage in our oceans.

“When the environment is harmed, our communities get harmed as well. For example, microplastics in the ocean have directly impacted the food chain, and we are now observing those same micro plastics building up inside humans which can lead to dangerous side effects in the future,” said Al Siyabi. “Protecting our natural surroundings helps us safeguard the health of our communities.”

Youcef Fermi, Phd in Micro Nano-Electronics, aimed to introduce a novel method of harvesting venom from scorpions without endangering their health. His home country, Algeria, has some of the deadliest species of scorpions that are of huge medical interest. One gram of scorpion venom costs around $7,500 to extract, making it one of the most expensive and sought-after materials in the pharma and medical world.

While the venom extraction process is a cruel process, with all available methods requiring electrocution of the scorpion, Fermi’s Scorpion Venom Safe Milking is an automated venom extraction system featuring novel electronic vibrations and emulation of moth sounds. The device deceives a scorpion into stinging a specially designed capsule covered in moth powder, which then collects the venom without endangering the scorpion’s health.

“Stars of Science recognizes that technologies that protect our wildlife are just as important as those that help our communities,” said Fermi. “After all, they have inhabited the planet for centuries alongside us.
“I am privileged to have the opportunity to develop and promote my project, which can hopefully inspire other aspiring Arab innovators to also share new ways of safeguarding our environment.”

Al Siyabi and Fermi are among many past Stars of Science contestants whose projects focused on environmental sustainability.

“The Arab world is home to a diverse ecosystem full of unique flora and fauna that are part of the region’s beauty and history,” said Dr. Khaled Mahmoud, Research Director at Qatar Environment and Energy Research Institute, part of Hamad Bin Khalifa University, a member of QF.
“These innovators represent a wave of young Arabs looking to leverage their scientific and engineering talents toward protecting this ecosystem and minimizing our society’s impact on natural habitats.”

Maymoona Ayesh, a contestant from Season 7, worked on the Date Pits Filter in Desalination technology, which used ground date seeds as a filter and distiller that could desalinate water and render it safe to drink – a sustainable method of supplementing the region’s water supplies. Meanwhile, Salim Al Kaabi, Season 10 finalist, has put on the market his innovation Lubanium, an eco-friendly alternative to chemicals-based artwork protectants, with frankincense as the main ingredient, and has placed eight products in the market.

Alumnus Dr. Ahmad Nabeel, MD, MSc, DIC Physician & PhD candidate in Surgery and Cancer – Imperial College London and finalist on Season 9 returned to the show as a guest jury member. He sat on the panel alongside Dr. Aisha A. Yousuf, Medical Director of Reproductive Surgery at Sidra Medicine, a women’s and children’s hospital based in Qatar and a member of QF, and Professor Fouad Mrad, Frontier Technologies Senior Manage at the UN (ESCWA), who has served on the show’s jury since its inception in 2009. 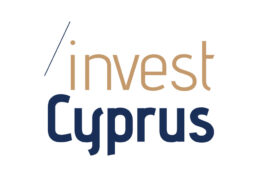 LONDON — The digitalization of quality management systems, which play a key and determining role in consumers’ purchasing…
bySarjatha Shahinlal
No comments 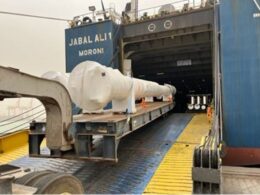