Over the course of his career, Dr Greene has been a life sciences company founder, operating executive, investor, and clinician. Most recently, prior to joining Hevolution as an advisor in May 2022, he served as CEO of Fountain Therapeutics, a longevity biotechnology company founded by Stanford Neurology professor Thomas Rando, MD, PhD.

“After conducting a thorough search process, and working closely with Bill for over six months, I could not be more pleased to officially welcome him to Hevolution,” commented Mehmood Khan, MD, Chief Executive Officer. “Since our unveiling over the summer we have announced a number of promising collaborations and grants programs. In 2023 and beyond we look forward to building on this momentum, not only on the grants side of our operation but with some key investments and impact-focused initiatives, led by Bill and his team.”

Prior to Fountain Therapeutics, Dr Greene was CEO of Iconic Therapeutics, ushering the start-up through discovery and development through to pharma partnerships and a successful sale of the company. Prior to that, he spent 12 years at MPM Capital where he was a Managing Director and member of its Investment Committee. He also served as founding Chairman of the Board and head of the Investment Committee at the Global Health Investment Fund, an impact-oriented venture fund founded with the Gates Foundation. Earlier in his career he was Assistant Professor of Medicine at University of California at San Francisco (UCSF) and spearheaded strategy and clinical trials in several therapeutic areas at Genentech. He holds a BA in Biology and Neuroscience from Wesleyan University and an MD from UCSF. He was a Robert Wood Johnson Clinical Scholar at Yale as well as a Howard Hughes Medical Institute Research Scholar at the US National Institutes of Health (NIH).

Dr Greene commented, “Hevolution Foundation and its bold mission speak to what has driven me throughout my career: a desire to tackle the most pressing problems, work with great teams, and use science and medicine to drive positive change. I am eagerly anticipating driving Hevolution’s investment strategy in partnership with the scientific team and the rest of the organization as we expand internationally and seek to play a global role in meeting one of humanity’s greatest challenges: unhealthy aging.” 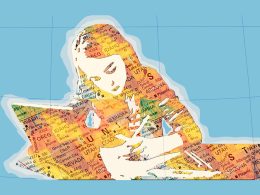 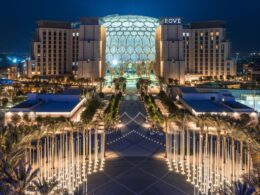 The wait is finally over; with the Expo 2020 taking place from 1st October 2021 to 31st March…
bySarjatha Shahinlal
No comments 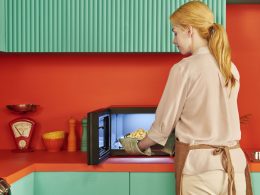