Sharjah, United Arab of Emirates — The Central Finance Department held an introductory symposium in the Kingdom of Morocco on the second edition of the Sharjah Prize in Public Finance, as part of its plan and agenda for organizing a series of seminars for the second phase, which will end this month.

The symposium opened with the speech of Mrs. Sonia Hamamoush, representing Her Excellency Mrs. Nadia Fattah Alalawi, Minister of Economy and Finance, and the speech of His Excellency Dr. Nasser Al-Hatlan Al-Qahtani, Vice-Chairman of the Board of Trustees of the Award, Director General of the Arab Organization for Administrative Development, and the speech of Sheikh Rashid bin Saqr Al-Qasimi, Secretary-General of the Award. The opening ceremony was attended by a number of representative government agencies concerned with managing public funds, managing quality and excellence, specialists and those interested in financial affairs.

The first in Arabic
Sheikh Rashid bin Saqr Al Qasimi, Secretary-General of the Sharjah Prize in Public Finance, said, “The award is the first of its kind in the Arab world, and it represents a distinguished qualitative addition as it contributes effectively to developing the capabilities of institutions and individuals and qualifying them to play a vital and pivotal role in supporting the economy and investing money to serve people and sustain a decent life for them.”

Sheikh Rashid bin Saqr Al Qasimi stressed that the award, since the launch of its first edition, has focused on the importance of achieving its goals represented in encouraging the optimal utilization of financial resources by using the best financial and administrative systems and government budgets, to achieve sustainable development, and achieve the principles of transparency, accountability and governance in all government agencies, and their effectiveness. In using the funds allocated to it, achieving the best return, and mobilizing efforts to come up with innovative and creative solutions to develop the work mechanisms of government agencies in the matter of public finances, in addition to strengthening and enabling government agencies to effectively implement financial and accounting management functions, keep abreast of international best practices in managing government finances and the public budget, deepen the application of the concept of performance budgets of all kinds in public finance, and provide indicators of a high degree of comprehensiveness and accuracy to support policymakers and decision-makers, and strategic planners in public finance.

And he indicated that the introductory symposium on the award, which will be held in the Kingdom of Morocco, in cooperation with the Ministry of Economy and Finance, on January 18 and 19, focuses on defining the award, its vision and objectives, the beneficiaries and evaluation criteria, in addition to the conditions and mechanism for participation, and other important titles in the field of the award. This symposium comes within a series of symposiums organized by the Central Finance Department in several brotherly Arab countries.

Introductory seminars and workshops
In its first session, the introductory symposium focused on defining the Sharjah Prize in Public Finance, its vision and objectives, the target entities and evaluation criteria. Dr Azzam Ermeli spoke about that, and in the second session, Dr Azzam Ermeli continued to talk about another title related to the conditions and mechanism of participation using the electronic participation system. The session included diverse and rich discussions. The first day also included a training workshop entitled Gender budget: legal and conceptual foundations, in which Ms Al-Aroumi Hanan and Mr Jedar Osama spoke. The workshop continued on the second day, results-based management from a gender perspective, by Ms Lafshiri Iman.

Developed standards and conditions
His Excellency Waleed Al-Sayegh, Director General of the Central Finance Department in Sharjah, said, “Today we have reached the second edition of the award, which achieved great success and received an important vital interaction, and accordingly we build on what has been achieved and add to it in the second edition, and we are happy with what we have reached.”

He pointed out that the second edition comes with a new look and according to developed standards and conditions for participation at the organizational and technical levels, organized by the Central Finance Department in Sharjah and in cooperation with the Arab Organization for Administrative Development of the League of Arab States. The financial sector and its management in a rational and sustainable manner at the level of the Arab world.

In addition, the Central Finance Department in Sharjah announced the launch of the first edition of the Sharjah Public Finance Award, according to what was stated in the Emiri Decree issued in 2016. In light of this, seminars and workshops introducing the award were held in several Arab countries, where the award held the first phase of a series Its introductory seminars took place during the period from October to early December 2022, while the second phase seminars began to be held in other Arab countries, including Palestine and Egypt, as of mid-December. 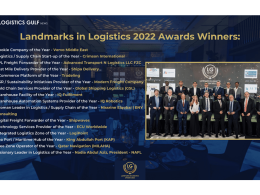 ‘Landmarks in Logistics’, the inaugural edition of the media awards by LogisticsGulfNews, concluded on a high note. 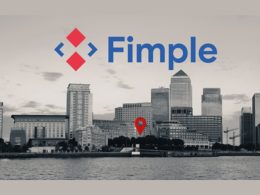 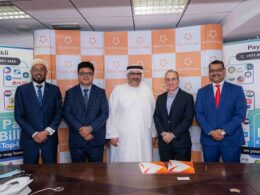