The UAE and Angola exchanged powerful ideas to encourage healthy and graceful ageing in a roundtable session titled “Thinking the Best Age”. It was organised by the Angola Pavilion at the Expo 2020 as a part of the Dikota_E6.0 Platform, an initiative by HE Mrs Ana Dias Lourenço, President of Ngana Zenza Foundation for the Community Development, FDC and First Lady of the Republic of Angola,

The panel discussion featured members of the Angolan and the UAE Governments, along with experts who discussed ways to increase seniors’ participation in the economies around the world while protecting their rights.

Dr Alexandre Kalache, President of the Longevity Centre in Brazil and founder of the Ageing Epidemiology Unit of the University of London said, “The world is currently undergoing a revolution characterized by an unprecedented demographic change that brings about particular challenges for the coming hears as, on average, the global population is living around 30 years longer than at the beginning of the last century.”

Dr Deolinda Bebiana de Almeida, Ex-diplomat of Angola, said, “Ageing gracefully is an attainable goal, made possible through intergenerational relationships which we first experience at the family level. It is the epicentre of the exchange of experiences with young and senior family members.

“It is important for everyone to feel useful and find their rightful place in their community, with the help of young people.” she added.

Speaking about the importance of the UAEs National Policy for Senior Emiratis, H.E. Hessa Tahlak, Assistant Undersecretary of Social Development at Ministry of Community Development said, “Taking care of senior citizens is an important component of the UAE culture and Angolan as well. The two cultures which appreciate and honour senior citizens as ageing is seen as a privilege and a blessing. The UAE policy has been designed by the Government in collaboration with the fast-growing senior population in mind.”

The MOCD came up with seven pillars – health, infrastructure, well-being, transportation, safety and security, engagement and continuing education that underline all other initiatives promoted by the ministry. The UAE has additionally created a Protection Law for Seniors. The country encourages the elderly to receive home care and focuses on keeping their senior citizens engaged and adequately represented in volunteering activities, in businesses and NGOs.

In 2019, Etihad airways partnered with the Ministry for Community Development, which holds a database of senior Emiratis and retirees.

Abigael Wanjiru, Assistant Revenue Strategy Manager at Etihad Airways, said, “Senior citizens can enjoy some of our loyalty program benefits and as a result, we would love to see them engage with different cultures, opportunities to travel and have new experiences to enhance the quality of life.”

The panel also discussed importance of regular medical check-ups for the elderly. Dr. Vera Fontes, who specializes in gerontology, Clinical Director at the Luanda Medical Centre, “Today the main causes of death are cancer, stroke and heart diseases. Over 80% of the elderly have at least one chronic disease and 50% have at least 2 diseases. The earlier they are diagnosed, the more chance for them to have a successful treatment.”

The panel also featured Dr Patricia Boa-Alma, Business Development Manager at 55+, a web-based app that aims to connect people aged 55 and over into the economy through job and volunteering opportunities. She said, “We believe senior citizens as volunteers can help contribute to the community by offering their wealth of knowledge and experience.”

Vánia de La Fuentes, from the World Health Organization, said, “Employers tend to veer away from older people despite studies indicating that interactions between young and older employees make room for greater productivity in the workplace.”

“We should start thinking about ageing from a very young age. We must consider the difference between the average life expectancy and the average healthy life expectancy. Which means that we may be living longer, but it doesn’t mean we’re living better” she concluded.

At the Angola Pavilion, visitors are shown how Angola’s history and its technological innovations are intimately linked. The Pavilion focuses on the Angolan Chowke people and their relationship with the people of Angola today by using symbols like a large parrot called Toje, which symbolises freedom of thought. That is one of the symbols that the Pavilion is using to reintroduce the dying art of storytelling.

The education cluster at the Angola Pavilion is presenting modern opportunities for the people of Angola. They are displaying Angola’s program to educate students who are interested in the aerospace industry as a part of their program to promote space research. It includes the opportunity to attend a technology space institute for free.

Culture is a key part of the Angola Pavilion at this edition of the Expo. They are having nightly performances throughout the Expo where musicians from all over Angola will play modern and ancient music. They are also hosting regular performances on traditional and contemporary dance forms and visitors can attend workshops to learn about ancient instruments and how they were handmade. 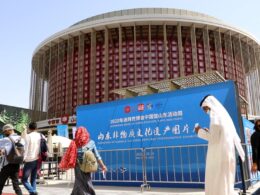 The Expo 2020 Shandong Week made a grand opening with a theme of Origin of Silk Road, Home to…
bySarjatha Shahinlal
No comments 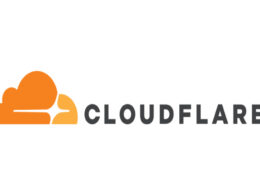 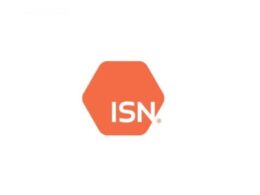 DALLAS – ISN is pleased to announce the opening of its 13th office. Located in Dubai, the office…
bySarjatha Shahinlal
No comments 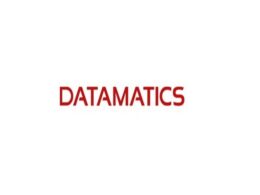