Dubai, United Arab Emirates — Just as Asian economies were beginning to recover from the two-year-long coronavirus crisis, they have to worry about another rather large blow: the effects of Russian war against Ukraine. Although it is a local conflict, it has global implications. According to the analysis by Alpho, for Asian economic growth, the biggest risk of the war in Ukraine lies in the rise in prices of energy commodities such as oil, natural gas or coal, with the exception of Middle East.

According to the World Bank’s June projection, the Chinese economy is expected to grow by only 4.3% this year. Yet, in December, the World Bank expected GDP growth of more than 5%. But the main cause of China’s rapid economic slowdown is not the war in Ukraine, but the resurgence of the number of people infected with the coronavirus and the government’s zero covid strategy, which led to lockdowns in the largest Chinese cities, including Shanghai.

The inflation there showed year-on-year growth of only 2.5% in June. So, it seems that expensive commodities are not yet arriving in China. Among other things, also because China has increased its imports of oil from Russia, which it is able to obtain at a discount compared to world prices. Russia became China’s most important supplier of oil after its invasion of Ukraine.

To some extent, India is in a similar situation to China. However, its economy is much more dependent on the import of energy commodities than China, which is negatively reflected in the increase in inflation, that was slightly below the 8% level in June. Analysts at consultancy Deloitte expect India’s economy to grow by 7.1 to 7.6% this year and to slow by about 1% point next year.

Economies in the Middle East and North Africa (MENA) region are expected to grow by 5.2% in 2022, the fastest rate since 2016, on the back of oil-price windfalls benefitting the region’s oil exporters, The World Bank Expects. But heightened uncertainty surrounds this forecast due to other impacts of the war in Ukraine and ongoing threats from COVID-19 variants. 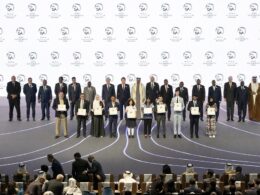 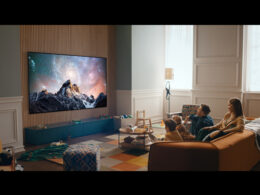 DUBAI, United Arab Emirates — The annual hunt over gifts is no longer an issue this Eid. LG…
bySarjatha Shahinlal
No comments 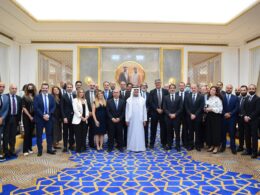 Home Matters will provide an end-to-end mortgage brokerage service exclusively for JS Bank. The agreement was signed by…
bySarjatha Shahinlal
No comments