Connect Network an EVM Blockchain, Opens Its First Private Sale and Seeding Round With an Overwhelming Response From Investors

DUBAI, United Arab Emirates – Connect Network Blockchain has recently launched the new revolutionary layer 2 scaling platform that will provide high throughput and extremely low transaction fees has begun its private sale for a select group of investors. Judging by the early reaction from VCs, the demand to be a part of this project is having investors stampede at the opportunity to invest in an EVM Blockchain with proof of stake consensus algorithm. This new Blockchain will allow developers to build DApp on this with support from the foundation in the form of grants. The newly raised funds will be used to further enhance the product based on early feedback of its services and native coin.

The layer 2 EVM space is crowded with many platforms evolved in the last couple of years, this shows that there is enough demand and requirement of faster performing platforms and developers to build on it. There has been a huge demand from the Defi, gaming and NFT marketplace developers to explore this opportunity and provide users low cost faster transactions. CNT token is the native utility token of the Connect Network Blockchain that will be used for staking on its POS consensus algorithm.
While there has been a huge interest from various crypto VC funds, Connect Network Blockchain will be announcing migration of some major Crypto projects in the next few weeks. Connect Network Blockchain CEO, Simeon Socratous, is excited with the future prospect of the platform. “With the overwhelming response we have received in the preliminary rounds of investments, we are more confident than ever that Connect Network will be the next big thing in blockchain,” he says.

With the rapid progress of the platform, it could soon be the first preference of developers and the general public when it comes to blockchain technology. The driving force of its increasing popularity is the advanced technology it uses to achieve faster throughput, combined with the claim of having the lowest transaction fees amongst other networks like Solana, Ethereum and Polygon.
With the innovative services and the vision of Simeon, Connect Network Blockchain is sure to be one of the market leaders in this space. 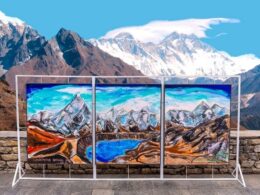 KATMANDU, NEPAL – ‘The Art Maze’ World Tour, in partnership with UNESCO, is an unpresented collection of 50…
bySarjatha Shahinlal
No comments 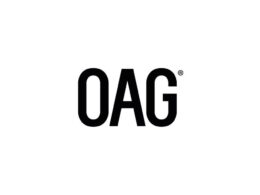 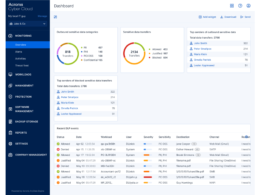 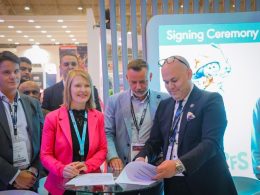