BITmarkets brought Froome to Charity Auction: How much is the yellow jersey from Tour de France worth?

Dubai, United Arab Emirates — BITmarkets, the proud sponsor of sporting events and top road cyclists became a partner of a charity auction, which took place in Prague recently. Among the guests was the famous British cyclist, Chris Froome. His yellow jersey, in which he celebrated the first of his four Tour de France victories in 2013, was auctioned for almost USD 9,000.

The proceeds from the auction will support the treatment of Nicholas, a boy who is son of Froome’s personal masseur, who is confined to a wheelchair due to cerebral palsy. The funds will allow him to continue his rehabilitation and will be used to purchase any other equipment he needs.

“There is a recognised mutual benefit for sport and charity working together. As a long-term partner of top roadcycling, including Czech national team, it was our privilege to participate in the organisation of this event and help little Nicholas to fight his medical condition. We are very happy and honoured that the four-times Tour de France Champion Chris Froome was able to participate to the charity event. We managed to raise a substantial amount of money for little Nicholas, that himself and his family are managing his medical condition with great dignity and big smiles. He is a source of energy and laughter,” said Maria Apogeni, CEO of BITmarkets, who together with Chris Froome handed over the cheque to Nicholas’ father Thomas after the auction.

“I loved the idea of holding the charity auction to help the son of Thomas Rak. Plus, the timing was perfect because it suited my schedule, and I could have visited Prague. I feel truly honored that I could have been here,” appreciates Froome.

However, he is currently in Girona, Spain, where he is attending a team training camp in preparation for the new season, in which he would like to get his fifth victory in Tour de France

BITmarkets opens up the existing cryptocurrency markets for everyone and from everywhere. BITmarkets was awarded Best Crypto Exchange for Customer Service by Crypto Expo, the leading event of the crypto and blockchain industries, in Dubai, March 2022 and the Fasters Growing Crypto Exchange at Crypto Expo in London, October, 2023. 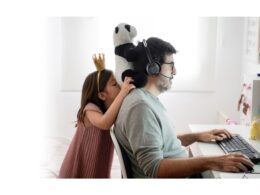 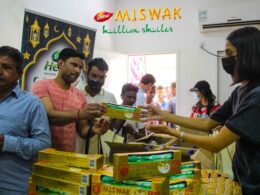 DUBAI, United Arab Emirates – Continuing its tradition of spreading smiles during Ramadan – the holy month of…
bySarjatha Shahinlal
No comments